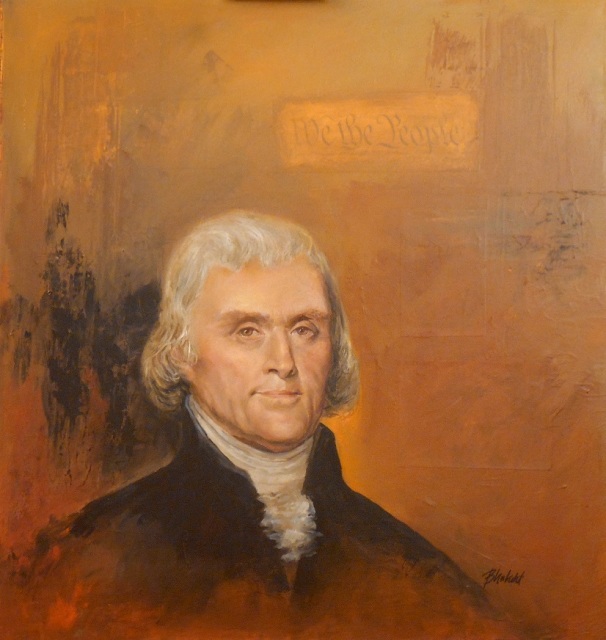 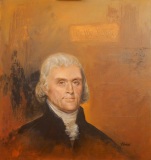 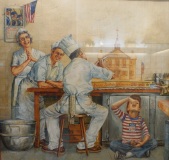 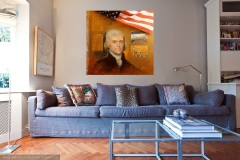 Thomas Jefferson (1743-1826), the author of the Declaration of Independence and the third U.S. president, was a leading figure in America’s early development.

During the American Revolutionary War (1775-83), Jefferson served in the Virginia legislature and the Continental Congress and was governor of Virginia. He later served as U.S. minister to France and U.S. secretary of state and was vice president under John Adams (1735-1826). Jefferson, who thought the national government should have a limited role in citizens’ lives, was elected President in 1800.

During his two terms in office (1801-1809), the U.S. purchased the Louisiana Territory and Lewis and Clark explored the vast new acquisition. Although Jefferson promoted individual liberty, he was also a slave owner. After leaving office, he retired to his Virginia plantation, Monticello, and helped found the University of Virginia.

The United States was started by a large number of people. But there are a small group of men that were very important of its founding. They are called the Founding Fathers. Thomas Jefferson was one of the men and author of the declaration of Independence.

In the painting there is an image of his First Draft, below images of the independence with signatures you can research online.

In the anniversary of America I entered a contest in 1975 sponsored by the Saturday Evening Post , a major Magazine at the time, where Norman Rockwell painted many covers to sell the magazine, The painting I illustrated was in the style of Norman Rockwell , depicting a bakery making a Birthday Cake of the Independence Hall In Philadelphia where the signing took place in 1776, as Mr. Rockwell I put myself In the painting.

I am happy to be of service.

Sorry there is only One Original 30" x30" Painting available, however PRINT Editions are in unlimited supplies, with or without American Flag